Must have Android apps for Indian users - NDTV - Category - News

Number four on the series on Must have Android apps for the Indian user is the NDTV app. The app brings all of NDTV's content in a very compact and simple to use touch interface.

The news is grouped into several categories like Top stories, Recent, India, World etc. These categories can be navigated by horizontally swiping the category list.

Tapping one of these takes us to the screen corresponding to it.

Below is an example showing the Photo gallery section. When clicked on it every gallery starts a full scrren slide show with a little write up about the photo.

Number three on the series on Must have Android apps for the Indian user is iMobile. 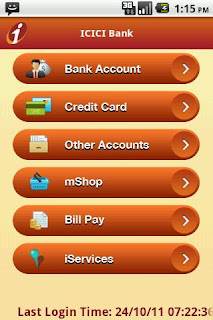 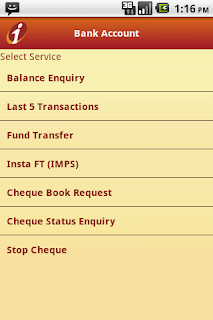 This is a mobile banking application that lets you do pretty much do all kinds of transactions that can be done from the online net-banking facility from icici bank. 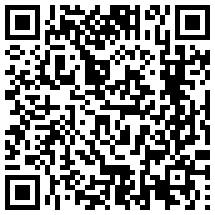 The amazing everyday TV commercial for the yet to be launched Nokia Windows smartphone Nokia Lumia 800.

Yet another Ice cream sandwich app that has been leaked. This time it is the Google Music app.

Android police has a nice write up highlighting the difference between the current 3.0 Music and the leaked apk which is version 4.0


The page link is Here 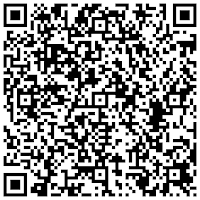 Another leak from the Nexus Prime and we have the android market apk from Ice cream sandwich in our phones.

The good folks at XDA have packaged it in a flash-able version. The zip files needs to be downloaded to the phone and can be flashed.

Other options like the manual root explorer method to replace the original vending.apk with this version of apk is also available. 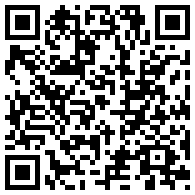 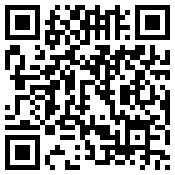 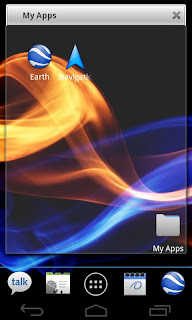 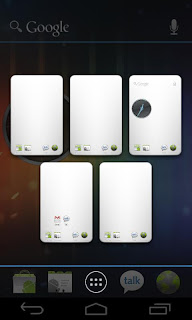 Android market now has an app that faithfully copies the App launcher for the yet to be released Android 4.0 Ice cream Sandwich.Though it is just a copy of the functionality of the ICS app launcher, it does a very good job in simulating it. 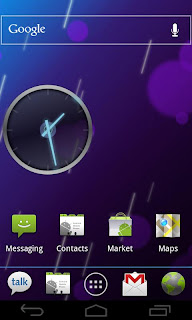 It is a home replacement program and can be set as the default action for the Android home button.
It is smooth enough when scrolled and supports scroll-able widgets. It also supports re-sizable widgets and home screen folders among many other features.


It is available for download from Android market: Here 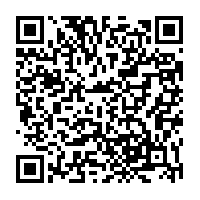 Nokia's Ovi maps has always been one of my favorite map and navigation application ever since the day i was using the Nokia 6210 Navigator . I was really happy to see that Ovi maps is now available as a web based HTML5 app for the iOS and Android platforms.

It includes ability to cache/download your neighborhood area map. Once the maps are downloaded through WIFI, it would save a lot on network data costs and also improves performance of the map application.
Though it does not feature turn by turn or voice navigation, it has all the common bell and whistles like POI search, Traffic, location sharing, favorites, detailed route info and other.
Screen shots below:
at 5:57 PM 17 comments:

The guys at squaretrade, a company selling extended warranties created a drop test for the iPhone 4S and the Samsung Galaxy S II
The blunder or business tactics used by Apple to not use the much stronger gorilla glass shows in the result. A badly damaged phone whose owners end up buying a new device. The Samsung with the gorilla glass fared much better with some minor chips and scratches.
at 4:55 PM No comments:

The Nokia N9 manufacturing process. Amazing to see how a single block of poly-carbonate material is machined to the required form specifications.
All the parts are then carefully hand assembled to give that awesome looking final product.
This is one phone, making me think about getting a non android phone after a long time.
at 4:33 PM No comments:

The Meego OS packing Nokia N9 design is a sight for the sore eyes. Its brilliant poly carbonate uni body design is as good as a phone design can get. The impeccable build quality means only one thing. Its from Nokia. As a former user of the Nokia N900 which initially ran on Maemo, i was very excited to see the N9 running on Meego. I have to mention that the N900 itself had an option of installing Meego on it if you are a little enterprising. But time never was enough for me to do it. 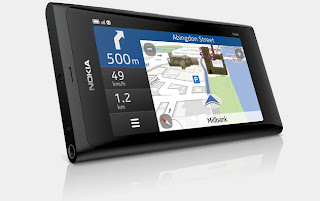 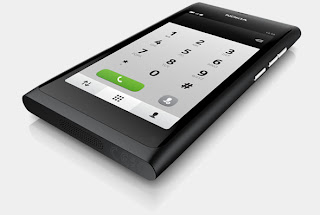 The body is made from a single block of Poly carbonate material, machined to produce the required form. It is not cast from plastic as is normally is the case. Due to this manufacturing process the body looks flawless without any imperfections or any openings. 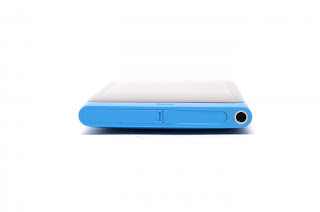 There aren't many physical buttons either. Not that you would miss them. The OS is designed from the ground up to not use too many physical buttons. To the right you have the volume rocker and the power lock button. On the left side there are no physical buttons. Bottom a grill opening for the speakers and on the top hidden well designed doors which hide the HDMI port, power/USB connectors and the SIM card slot. The micro SD card also fits to the slot. The top of the phone also has a standard 3.5mm audio connector. All very brilliantly though of.

The phone also comes with all the standard issue sensors: a proximity sensor, accelerometer, ambient light sensor for automatic brightness adjustments and a magnetometer a.k.a compass for proper map orientations in GPS based turn by turn navigation using Ovi maps. 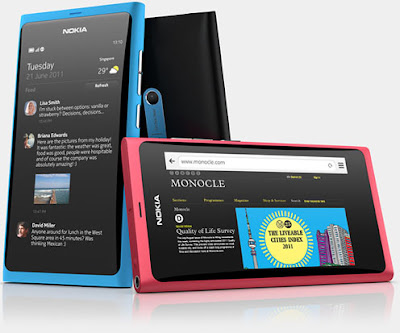 The phone features a slightly curved screen which aids in the swipe motion. The edges of the screen blend seamlessly in into the body of the phone.
The 3.9-inch FWVGA (854x480) AMOLED display  is a gorgeous one rendering perfect black and comparable to other top notch mobile AMOLED screens. The screen contrast is so good that you cannot make out the difference where the screen ends and the black uni body poly carbonate shell begins.

IRIS for Android is Siri for iPhone 4S reversed

Ever imagine how Siri, the knowledgeable, refined and resourceful personal assistant for the iPhone 4s would have been when she was a child ?

Welcome to iris for Android. Yes you are right, that's Siri reversed. Its developer Dexetra claims that it was all developed as a weekend project just for the kicks of it.

iris is capable of basic word definitions and more basic natural language processing. But one cannot but wonder how a functional version of siri can be put together in a span of just 8 Hrs over a weekend.

I ran it through it paces and the screen shot above gives some of the responses. As can be seen its quiet intelligent enough to grab who is A R Rehman and foolish enough not to understand what is 1+1. It can even pull up images of the topic.


iris is in the early alpha stage in the Android market. It remains to be seen how the developer takes it from here, to a fully matured product or a run of the mill app.

Google has posted the Software development Kit for Android 4.0. This means the developers can start developing applications using the new features provided by Android 4.0. 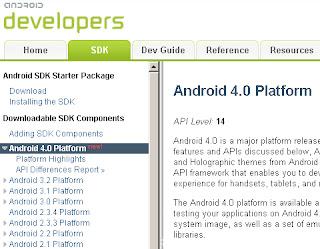 This will ensure availability of a fair number of apps available for the OS when Samsung Nexus is released for the general public.

Google and Samsung today took the next big step and launched Samsung Nexus S with Android 4.0 Ice Cream Sandwich in a press conference in Honk Kong.

Lets first see the OS itself(Android4.0) and then go to the first phone ever to officially have Android 4.0

Ice Cream Sandwich is the latest and greatest in the Android line of operating systems.From the looks of it, this is by far the most refined and sleek looking Android operating system ever.

The UI has gone through some major refinements. As Android.com puts it, it is the logical next step in the refinement and evolution of an already wonderful UI.

It introduces some innovative features like  Android Beam for NFC (near field communications) based sharing where two NFC equipped devices can be touched together and simply tapped to initiate any transfer or other transactions like payments.WiFi-Direct enables users to share content using direct WiFi connections established between two devices. 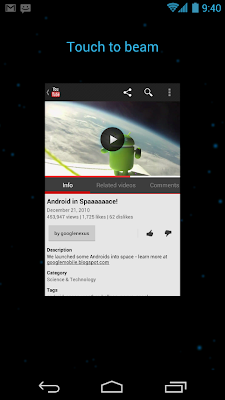 Another cool feature is device unlock by face recognition. 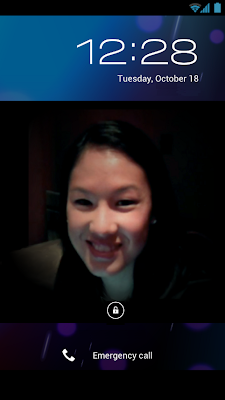 Support for home screen folders to group related apps has been made available natively. Previously this was achievable only through third party apps. 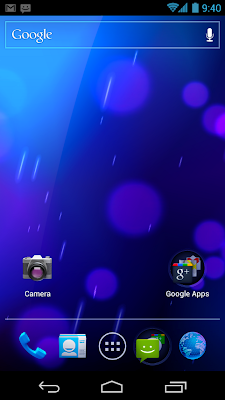 Widgets can now be re sized and designed to be much more interactive . 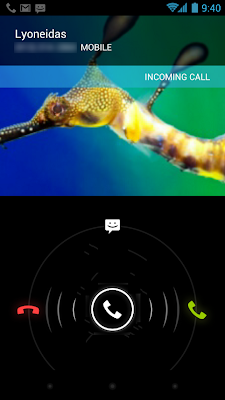 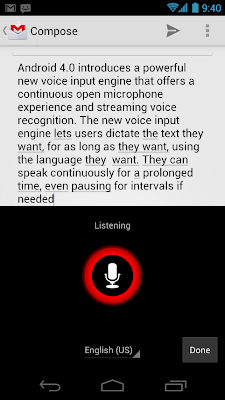 Tight integration between contacts and other social features and profiles. 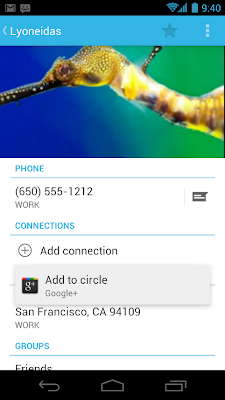 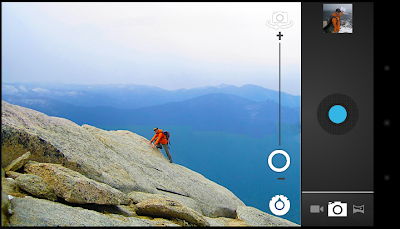 And now to the Phone : 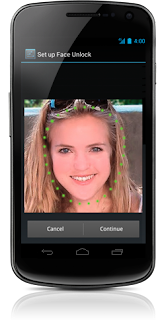 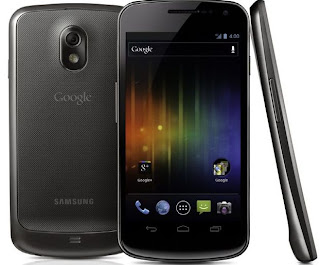 Galaxy Nexus takes the credit of being the first phone to officially sport Android 4.0

It sports a slim and curved design. Some of it highlights include among others:

Must have Android apps for Indian users - BookMyShow- Category - Entertainment

Number two on the series on Must have Android apps for the Indian user is BookMyShow. Movie junkies need not look any further for their ticket booking needs. BookMyShow provides a convenient way to search and book movie tickets. Currently the application supports movie, art and theatre and sporting tickets.
The developers have promised to include other miscellaneous events in the near future. Once the application is launched we are greeted with a rather elegant and simple screen. This gives an option to choose from the below categories.

Once a category is selected (in this example movies), the select region screen is displayed. You can use the
Read full article»
at 1:53 AM No comments:

Must have Android apps for Indian users - TOI - Category - News

Number one on the series of must have android applications for the Indian consumers is the TOI - TIMES OF INDIA app. This is one of my favorite news applications presenting the information in a simple and uncluttered format. The categories are organized sideways and all the news headlines related to the category are organized in a page. One can move to the next category using the category label at the top or a side swipe gesture towards left or right. One cannot but avoid noticing the advertisement in the bottom of the screen. This from my experience is mostly unobtrusive.

Detailed news is brought about by clicking on the headline which opens up the news in detail.

Clicking inside the news expands the news to full screen mode which is convenient.

A rather interesting category that stood out from other normal categories one would expect from a news application is the Movie Reviews. I was pleasantly surprised to see all the ratings and reviews collected and presented in a single page.

I will be covering other apps in this last in my future posts. Please leave a comment if you have any app in mind.
Market Download Link : here
at 1:00 AM No comments: 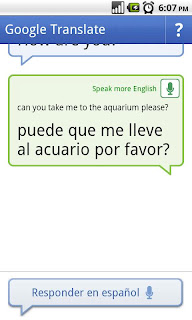